In This Article We will Review to You Everything You Need to Know about plane crash in Nigeria Since 1969 till Date.

Let Have A Look

January 17, 1996: Ibrahim Abacha, son of Sani Abacha, was killed in a plane crash. The group “United Front for Nigeria’s Liberation” (UFNL) claimed responsibility for the crash.

November 7, 1996: A Nigerian ADC (AviationDevelopment Corporation) Airline Boeing 727-231 flying from Port Harcourt to Lagos with 142 passengers and 9 crew members crashed on landing, plunging into the lagoon with all on board killed January 31, 1997: SkyPower Express Airways Embraer 110PIA crashed on landing in Yola, kiling five.

March 6, 2004: An Aenail spray aircraft with a registration number 5NBEF belonging to Berfieex
Nigeria Ltd, crashed at the Bauchi Airport.

December 29, 2004: A Kenya Airlines aircraft crashed-landed at the MMA due to gear fault.

February 25, 2005. ADC’s B73 aircraft had its tyre burnt while landing at Yola Airport.

June 24, 2005: A Russian aircraft belonging to Harka Air crash-landed at the MMA all the people on board
died.

July 6, 2005, Port Harcourt: An Air France A330 plane crashed into a herd of cattle at Port Harcourt airport, Sustaining serious damage and killing many of the cows.

July 23, 2005, a Lufthansa aircraft crash-landed at Lagos airportand was badly damaged, but no life was lost. “The miracle of God”.

October 22, 2005: A Bellview Airlines Boeing 737 with 117 people on board crashed shortly after take-off from Lagos. All on board killed.

October 29, 2006: Aviation Development Corporation Airline Boeing 737 with 104 on board crashed minutes after take-off from Abuja’s airport. All but 6 perished in
the disaster.

March 14, 2002: A helicopter belonging to the Joint Task Force (JTF) crashed in Kabong Jos, killing all members onboard including four senior police officers.

October 22, 2005: A twin Engine Boeing 737, belonging to Bellview Airline crashed in Lisa Village, Ogun State and killed all the 117 passengers on board.

March 15, 2008: A twin-turbo Prop 19-seater aircraft belonging to Wings Aviation Ltd crashed in Calabar
while on a routine flight from MMA, Lagos.

July 29, 2011: A Kwara State-bound helicopter crashed in Osun State killing all on board including the
Managing Director of Josepdam Group of Companies, Mrs. Josephine Oluwadamilola Kuteyi and her personal assistant.

On March 14;2012:A Nigerian Police aircraft crashed in Jos, Plateau State. The Deputy Inspector General of Police (DIG) in charge of Operations, Mr John Haruna, his orderly and the pilot died in the crash.

June 3, 2012: A Dana Air flight from Abuja to Lagos crashed into residential buildings in lju, near Lagos killing scores of people.

Dec. 15, 2012: The Executive governor of Kaduna State, Patrick Yakowa, Gen, Owoye Azazi and 3 other died in a helicopter crash. 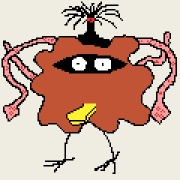 I'm a Digital Market and Graphics designer .. I write to inspire and Entertain the world.💌:samypost225@gmail.com

We Hate Spam As You Do.

5 Benefit of Registering Your Business With CAC!

How To Setup A Profitable Poultry Farming Business In Nigeria